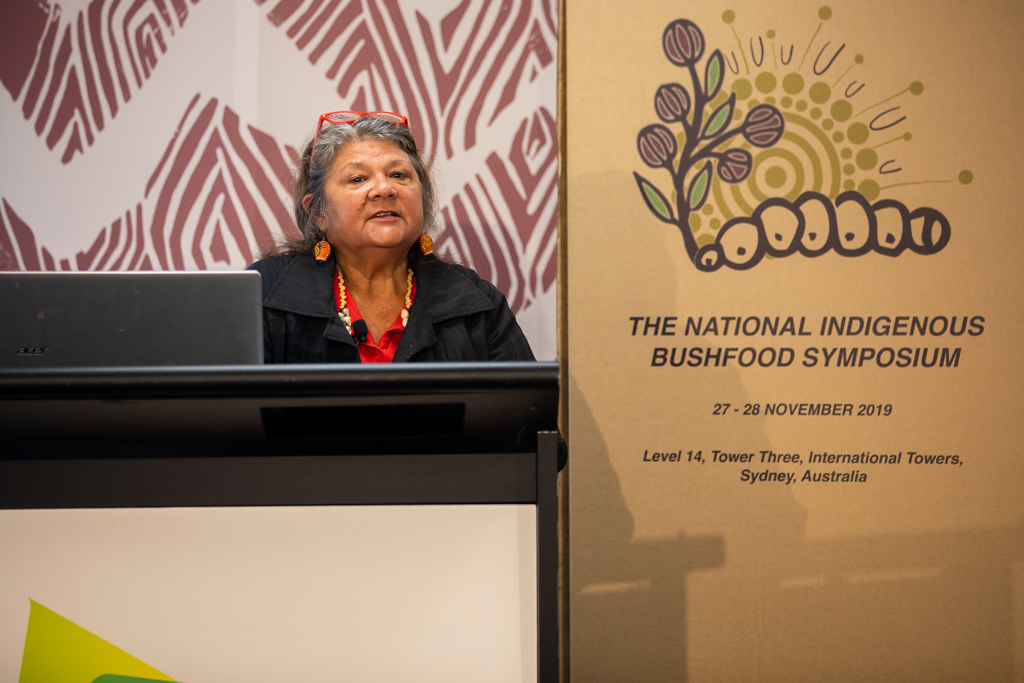 The first National Indigenous Bushfoods Symposium was held in Sydney in late November, with more than a 120 participants from around Australia.  The Symposium was organised by First Hand Solutions Aboriginal Corporation in collaboration with the University of Technology Sydney (UTS) and supported by the ILSC. It was an opportunity for Aboriginal enterprises to come together in the one place and discuss key issues affecting the bushfoods sector from Indigenous perspectives. Pat Torres from Mayi Harvest attended the symposium representing the NAAKPA Steering Committee and talked about her long experience in the bushfood industry. Other key speakers included Rayleen Brown from Kungas can Cook, as well as Daniel Motlop from Something Wild Australia, Austrade on export partnership, IP Australia on Indigenous knowledge and Terri Janke on IP laws in Australia and how they impact Aboriginal people. Bruce Pascoe, the author of 'Dark Emu' also spoke about the importance of Aboriginal land management and the many millenia of food production on this continent which has gone before settlement and colonisation. Paul Saeki KPBDM also presented on NAAKPA.  There was a great energy over the two days channelled into a range of issues affecting Aboriginal people across Australia in relation to the bushfoods industry.  These sentiments were captured in a Statement coming from Aboriginal participants at the Symposium. You can see the statement here.