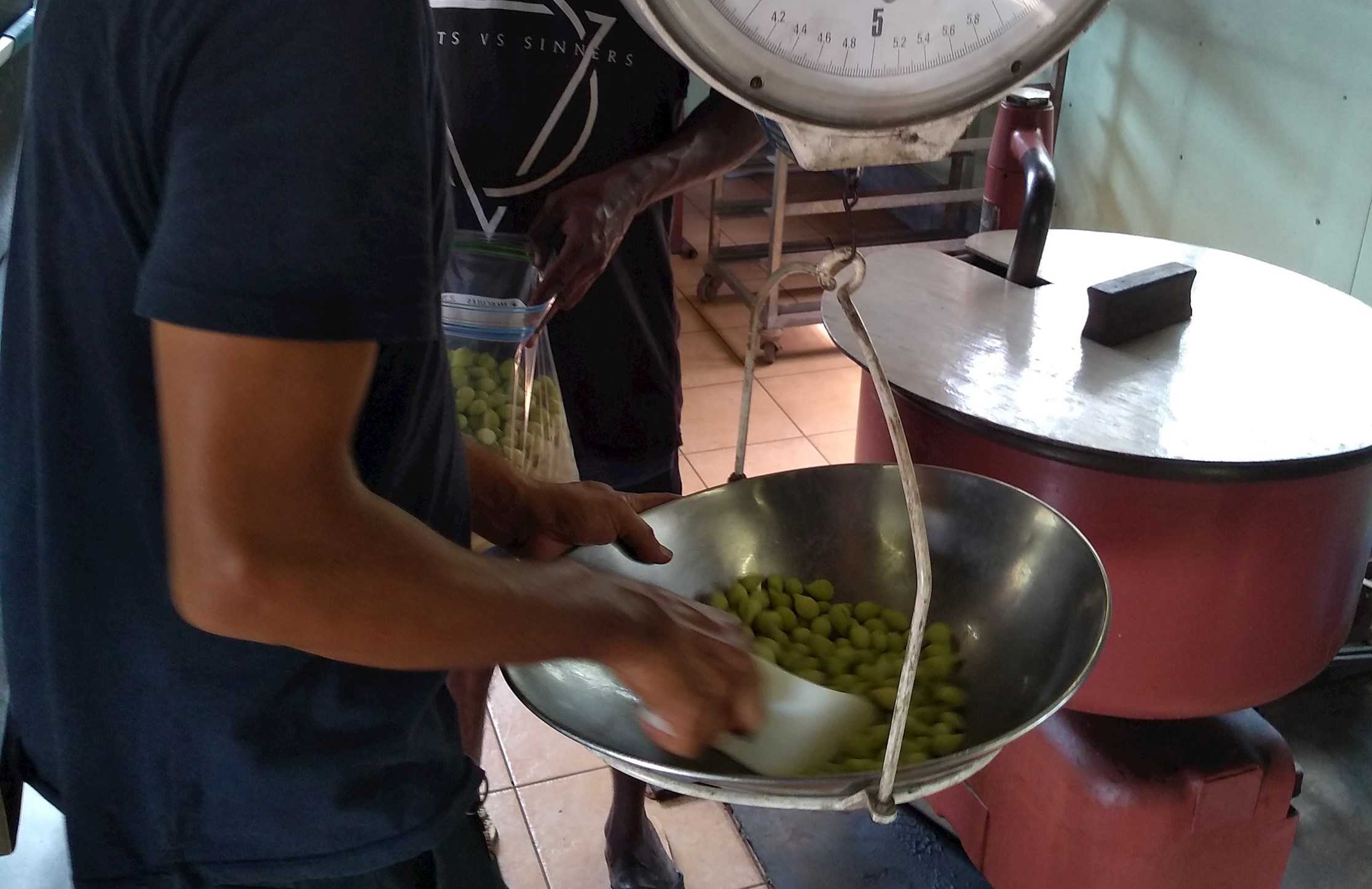 There are a variety of challenges in maintaining a reliable and efficient supply chain for Kakadu plum and the native food sector, complexities involved in consent, the variety of stakeholders involved in access and remoteness of communities. The Northern Australia Aboriginal Kakadu Plum Alliance (NAAKPA) is a collection of nine Aboriginal Corporations who have come together to consolidate the supply chain for Kakadu plum to make it easier for business to access this superfood.

To facilitate this, NAAKPA is working to develop a business model which will make it easier for consumers and business to access Kakadu plum, in an ethical manner consistent with statutory requirements.  This includes meeting the requirements of prior informed consent with Traditional Owners and access to land with responsible authorities.  The diagram below is a representation of the model NAAKPA is considering and working with memebrs to develop and deploy.  While each enterprise is unique and the conditions are different for each enterprise, the key stakeholders are similar across the sector.

1. In the proposed NAAKPA model the Aboriginal enterprise harvesting/growing, and processing Kakadu Plum is at the centre of the processes and the relationships.  This straddles two specific spheres- the Prior Informed Consent and the Mutual Agreed Terms.  Together these two spheres create an Access and Benefit Sharing Framework consistent with the Nagoya Protocol.

2.  In the Prior Informed Consent sphere, the Aboriginal enterprise manages the relationships between Traditional Owners, Lands Trusts and Parks and Wildlife regarding access to bushfoods for non-biological and biological use. Very often the Aboriginal enterprise is itself part of the traditional owner group who may/ may not co-manage/ jointly manage parks and wildlife areas with government agencies and are in a suitable position to coordinate harvest/production with other land based management activities such as burning. In the Northern Territory and the Kimberley, lands trusts hold the title on land leased by Aboriginal communities and enterprises and are thus stakeholders who are required to be part of the prior informed consent process.  Very often the Aboriginal enterprise will require a permit/land access agreement from the lands trusts to undertake a harvest and in the case of the Northern Territory are required to enter into a Section 19 land use agreement for any commercial activity. These relationships between Aboriginal enterprises and lands trusts may be formalised into contracts specifying the scope and protocol required for any decision making regarding access and use of native plants and animals.

4. In the second sphere a distinction is drawn between the intentions of the resource user. For example if a resource user is interested in sourcing Kakadu Plum (or other bushfoods) for use as a non-biological resource, in other words for use as a food then the Horticulture Code governs the sale and transaction of the Kakadu plum from the Aboriginal Enterprise to the new owner.  There are caveats placed on the use of the Kakadu plum, restricting use of the fruit for bioprospecting purposes. This process is akin to the way books are sold and bought by a merchant to a consumer, whose use of the book and its contents is restricted by copyright law.  In the same way, the new owner who has acquired native fruit under the Horticulture Code is restricted by Biodiversity legislation (similar to the NT Biological Resources Act 2006) from using the fruit for bioprospecting purposes.

6.  This framework makes it easier for third parties to access native resources in a way which ensures Indigenous Knowledge is considered and managed. This framework means third parties do not need to negotiate directly with traditional owners, apply for permits through Parks and Wildlife and with lands trusts, making the process much easier, less complex and cheaper. Without such a framework, third parties would have to deal with all parties for prior informed consent, making it more difficult, costly and time consuming to get a result. Of greater concern is if the process of compliance is too complex, then third parties would avoid complying at all.