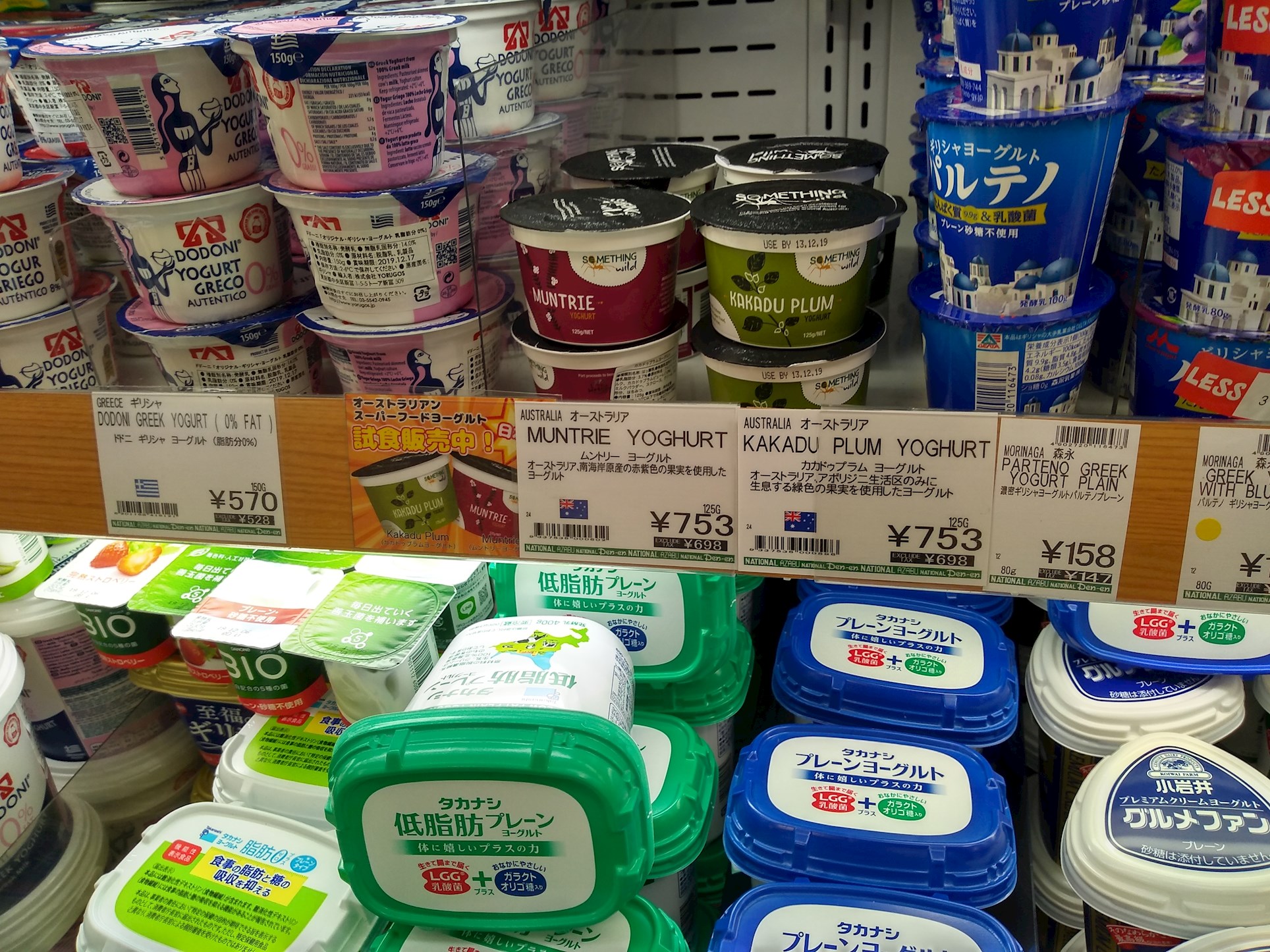 This November, Kakadu Plum yoghurt from fruit harvested by women at Wadeye went on sale in two boutique supermarkets in Tokyo, Japan. The Kakadu Plum yoghurt was developed last November (2018) using Thamarrurr Plums (Palngun Wurnangat Aboriginal Corporation, and Thamarrurr Development Corporation), in an initiative by Something Wild Australia with the support of ILSC and in collaboration with Fleurieu Milk. This is the first time in four years that Australian yoghurt has been exported into Japan, and though the product attracts a high import tariff it offers a unique product to a discerning Japanese market. The tariff will come down in subsequent years, and improvements in product development and supply chain coordination will reduce costs of the final product. The arrival of Kakadu plum yoghurt in the Japanese market has renewed discussions for reviews to include yoghurt to the Free Trade Agreement between Australia and Japan, and expands the market vista for Aboriginal bushfood enterprises.